Pure water is the world’s first and best medicine 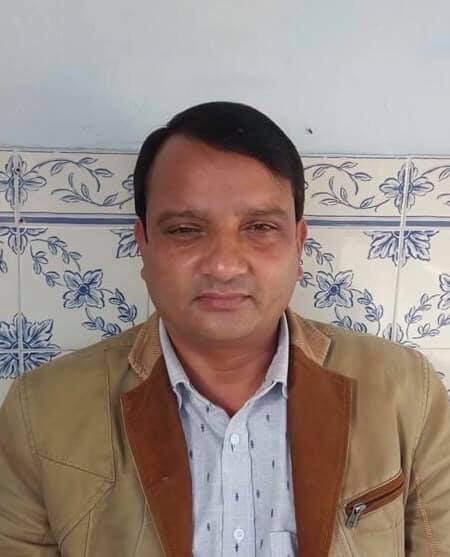 Krishna Prasad Sapkota
warning about the conservation of water resources, Benjamin Franklin, the leading scientist, said – ‘When the last well is drained, then we will know the importance of water.’ Eastern philosophy, written thousands of years before Franklin’s era, has placed the greatest emphasis on water resource conservation. There are many things mentioned in the Vedas about the importance of water and conservation of resources.

Even if the superstition is correct, the inhabitants of the eastern civilization have many beliefs about water. For example, snake gods live in water, it is believed that houses should not be built near water sources. It is believed that if one urinates in water, it will directly fall into the mouth of the ancestors. That’s why the ancestors taught that you shouldn’t litter the water, you shouldn’t interfere with the water source. Despite the fear, the water remained as clear as possible. Water sources remained safe.

But in the current scientific era, traditional beliefs started disappearing. Along with the increase in population, encroachment on water sources started. The water springs gradually dried up. About 70 percent of the total area of the earth is filled with water. But out of that potable water is only 2.5 percent. Out of that, 1 percent of the water reserves are in the Himalayan mountain range. Sea water is not drinkable. Not suitable for irrigation. We use the water available on the ground.

After mixing with the sea, it was over. This does not mean that sea water is less important. The first thing is that the ocean water evaporates and falls on the ground as clean water or ice through the sky. Sea water is of special importance to sustain the water reserves of the land. Not only that, the animals and plants found in the sea are also food for other animals on earth. Likewise, sea water is of great importance for the development of water transport and for keeping the temperature of the earth stable. But the importance of water available on the ground is very special. The fact that all the water available on the ground is circulating in the specified water cycle cannot be ignored.

With the water cycle, life is fourfold. On the one hand pure water consumption has increased due to extensive industrialization and high population growth, while the storage of pure water is continuously decreasing due to disruption in the water cycle. This is the current concern. The scientist Benjamin Franklin warned about this very soon. Our eastern philosophy also made us aware at the same time.
Recently, the water crisis is deepening all over the world. Some countries are facing food crisis due to lack of irrigation in the cultivated land. No need to go far. A few months ago, the river channel dried up due to a long drought in Europe.

Due to the drought, many wild animals and domesticated animals died without even drinking water. Birds also died. After a long drought, there was sudden heavy rain. Which caused more damage. Heavy rainfall is a natural disaster, pure water is wasted.
Why and how to conserve water? Although our forefathers have left a written text on the subject, the crisis is happening because of our carelessness. Earlier, it was feared that one should not build a house near a water source, because the snake god would get angry, but now many buildings are being built near the water source. Industries, factories have started to open. This problem is not only in other so-called developed countries and neighboring India, but also in our own country.

For example, one can look at the streams and rivers within the capital basin. Looking at the Wagmati River in the heart of Kathmandu is enough. Humans drink the water of Vagmati, but animals and birds do not drink it, they do not dive there. Bagmati is not only a river but also a famous human civilization. Human civilization started around water sources. Most of the settlements are not only around the river, but all the big cities of the world are around the river. Not only New York, Delhi, Shanghai, Bangkok, Hong Kong, but all cities in the world are close to water. Human civilization has been around the river. The hill of Chobhar, a settlement in Kathmandu sub-district, was cut down and the water flowed out.

The latest study shows that the water situation in neighboring India is dire. Water crisis has started in India since 2020. It is predicted that within the next decade, about 100 million people in India will suffer from water damage. . By 2030, the demand for water in India is projected to be double the available water supply and 6 percent decline in the country’s GDP will be due to water. Considering this crisis, India has started water politics. No matter what the slogan is, it is for water that India has taken full control of Kashmir. India is gradually diverting the rivers flowing through Kashmir to Pakistan.

On the other hand, politics has started in the same way over the Bahmaputra River, which flows from China’s Tibet through India and Bangladesh and merges into the Indian Ocean. Most of the water of the Brahmaputra river has been ‘diverted’ by China towards its mainland. The number of rivers that reach India through Nepal from Tibet is also significant. As the water crisis deepens, the possibility of China diverting these rivers to its mainland cannot be ignored. Not only India, many countries of the world will now have water politics. The rich countries will try to maintain their control over the water in the same way as the oil politics has flourished.

In India, a country stuck with us, it is now time for water management to play the role of winning and losing in elections. Fortunately, Nepal will not have to face a high water crisis for another century and a half. But India’s water crisis is sure to make waves in Nepal. Because India has started occupying the rivers of Nepal. Due to climate change, snowfall in the Himalayan region is decreasing. Himalayan mountains are like black stones.

Singapore, the elite city of Asia, does not have its own source of water. Water is supplied through pipes from Malaysia across the sea, but the water from the street is still drinkable. Treat and reuse domestically consumed water. It’s a matter of technology, it’s also a matter of thinking and need. The coming crisis is taking its place, so far Nepal is among the most prosperous countries in the world in terms of drinking water sources. Because we have the most water in the world after Brazil.

But due to the lack of proper management, the people are facing the fate of Kakakul. There is a huge shortage of drinking water in the capital city of Kathmandu. In the rivers of the valley, only sewage flows, not water. What about remote rural areas? Let’s look at the settlements of Benighat Rorang village in Dhading district, which is a few kilometers west of the capital Kathmandu. The Chepang community of Bruswang, Benighat Rorang Rural Municipality-2 of Dhading is waiting for settlement relocation since the rainy season due to lack of water.

The old water sources have dried up. Phulmaya Chepang of Brucewang turns yellow in the light. He leaves home at three o’clock in the morning and returns home with water at seven o’clock. There is no water near the settlement. You have to cut the hill. It takes three hours for a person who can walk to get one gallon of water. Brusbang is just one example, many villages in the hilly parts of Nepal have dried up due to the drying up of water sources.
The effect of climate change is happening. Due to the weakness of the government, the villages and settlements in the hills are empty.

Singapore has shown an example of what happens if the state wants. Singapore does not have its own source of water. Water is supplied through pipes from Malaysia across the sea, but the street tap water is still drinkable. Internally consumed water is treated and reused. It’s a matter of technology, it’s also a matter of thinking and need. But the leaders of Nepal give speeches and say that they will make the country Singapore. Did you understand the point or not?

The water crisis in Nepal has gradually started to increase. But those in the state system are not serious. Wherever there is water and sewage, emphasis has been placed on the construction of physical infrastructure in those areas. How does the construction of physical infrastructure protect the water reservoir? It seems that those in the government have not learned the lesson. For example, the forest of Chandragiri, which is a water reservoir in Kathmandu valley, has been cleared and made into a tourist market. The government has approved the plan of the traders to run cable cars at various places around Shivpuri, another water reservoir. In areas with more forests, either the airport or the big projects have been taken forward by the government. Take the Nijgarh airport scheme for example.

While the world’s largest airport can be built in an area of 10 square kilometers, an area of 88 square kilometers of forest is going to be cleared to build an airport in Nijgarh. This means that those who are in the policy making and decision-making levels of the state are not even interested in the water crisis that may occur in the near future. The matter of planting new saplings has become a task for the government only on the day of tree planting.

A quarter of Nepali people are living below the poverty line and one of the various problems they are facing is water crisis. Farmers are becoming poorer due to lack of irrigation. Water pollution is also becoming a big problem in Nepal. Although government figures show that 80 percent of the people have access to water, the scarcity of drinking water has become a daily problem. Our problem is that we have to walk for hours to get a gallon of water in some hilly areas.

The people of some parts of the Terai are becoming sick due to the use of forced arsenic water. To be honest, every year more than 40,000 children (under the age of five) in the country are dying due to waterborne diseases. This is the reason why it should be said – ‘Pure water is the first and best medicine in the world.’